Big T Authentics, AKA Jackson Traylor, recently had another private signing with Paul Konerko. Paulie isn’t an especially cheap signing, so I typically only get 1-2 things signed when he does one. That was the case here.

As you can see, I completed what is now one of my favorite multi-player cards. I also got a 2002 All-Star baseball with inscription. I’m thrilled to add these to the collection! 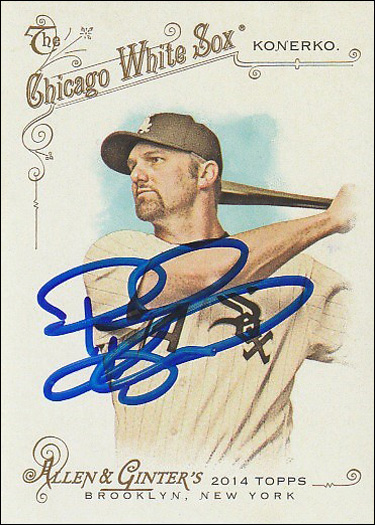 When I got this 16×20 signed by Paul Konerko and Frank Thomas, I doubted I’d ever get Magglio Ordonez to complete it. I’m VERY happy to say I was wrong! This is now one of my favorite 16x20s in my collection.

I’m not sure why, but I’ve been on a bit of a bat kick lately.  I’ve purchased the bats below over the last couple of weeks, and have another nice game used bat on the way.