The folks over at CSAC recently held a private signing with John Cangelosi. Cangelosi didn’t spend much time with the Sox, but did set the AL rookie record for stolen bases by a rookie with 50 in 1986. That record has since been broken, and is currently held by Kenny Lofton. The Major League record is held by Vince Coleman.

I didn’t really need Cangelosi on anything, but the signing was reasonably priced, so I got a few cards done. 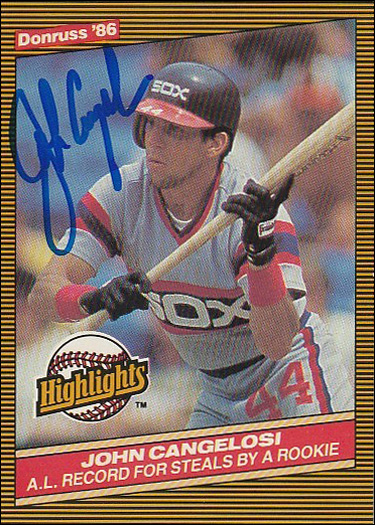 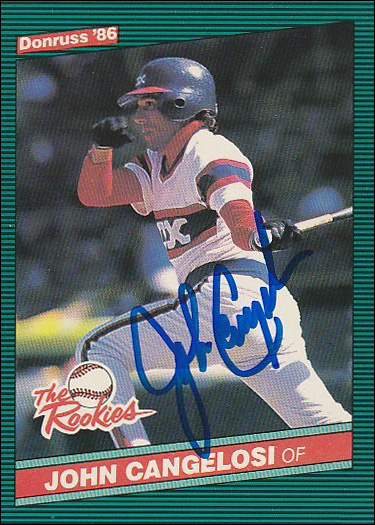 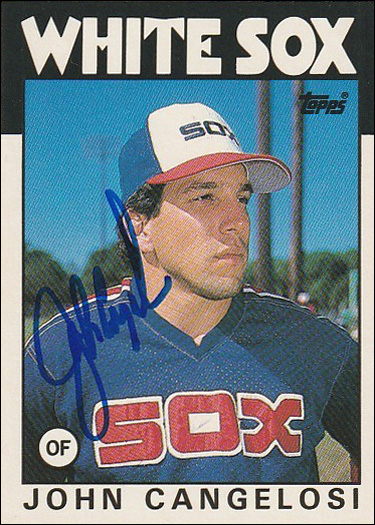 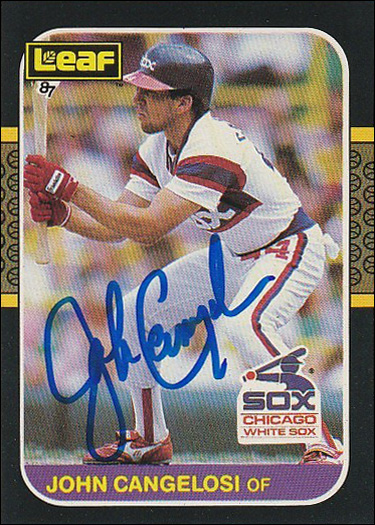